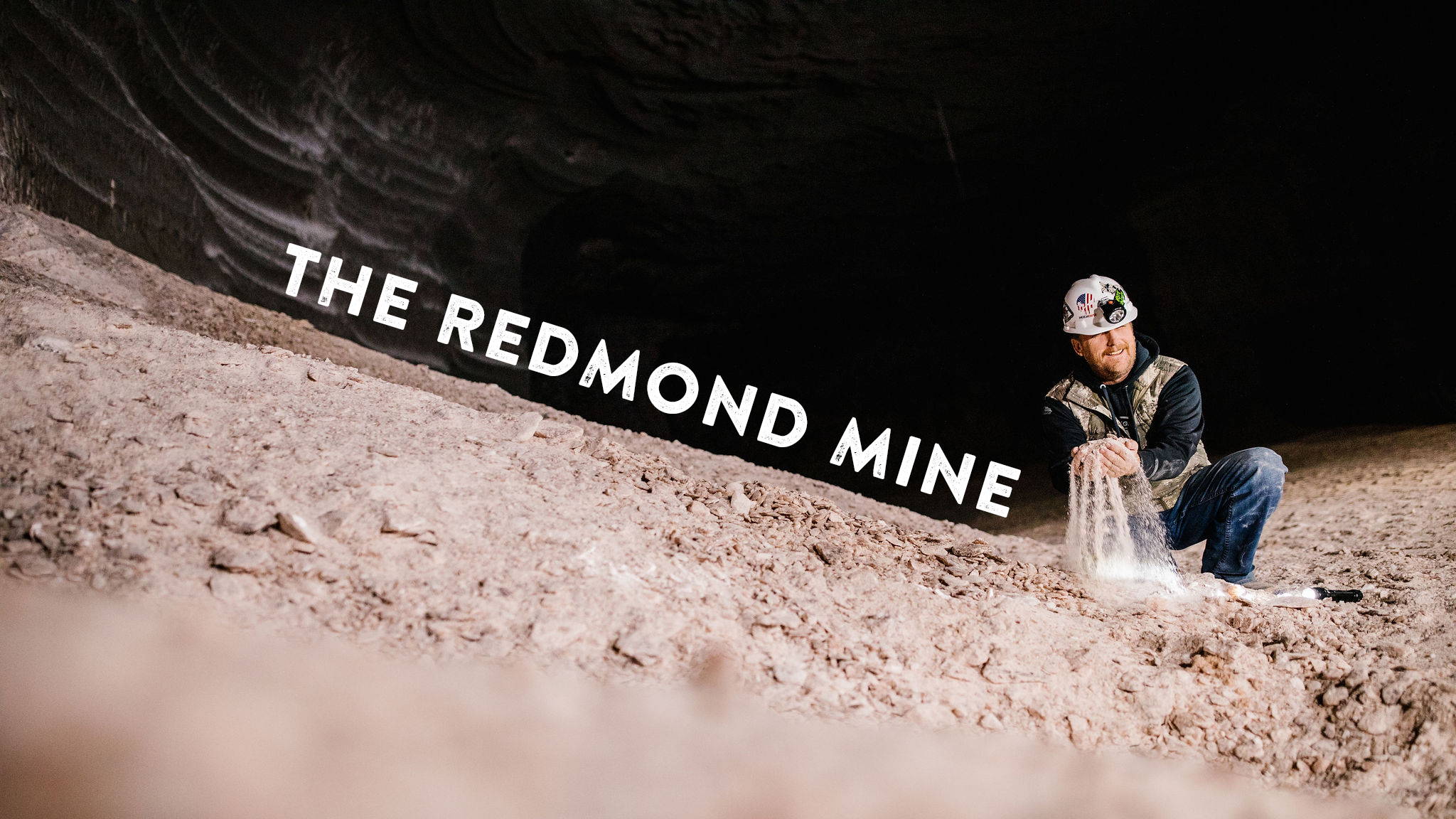 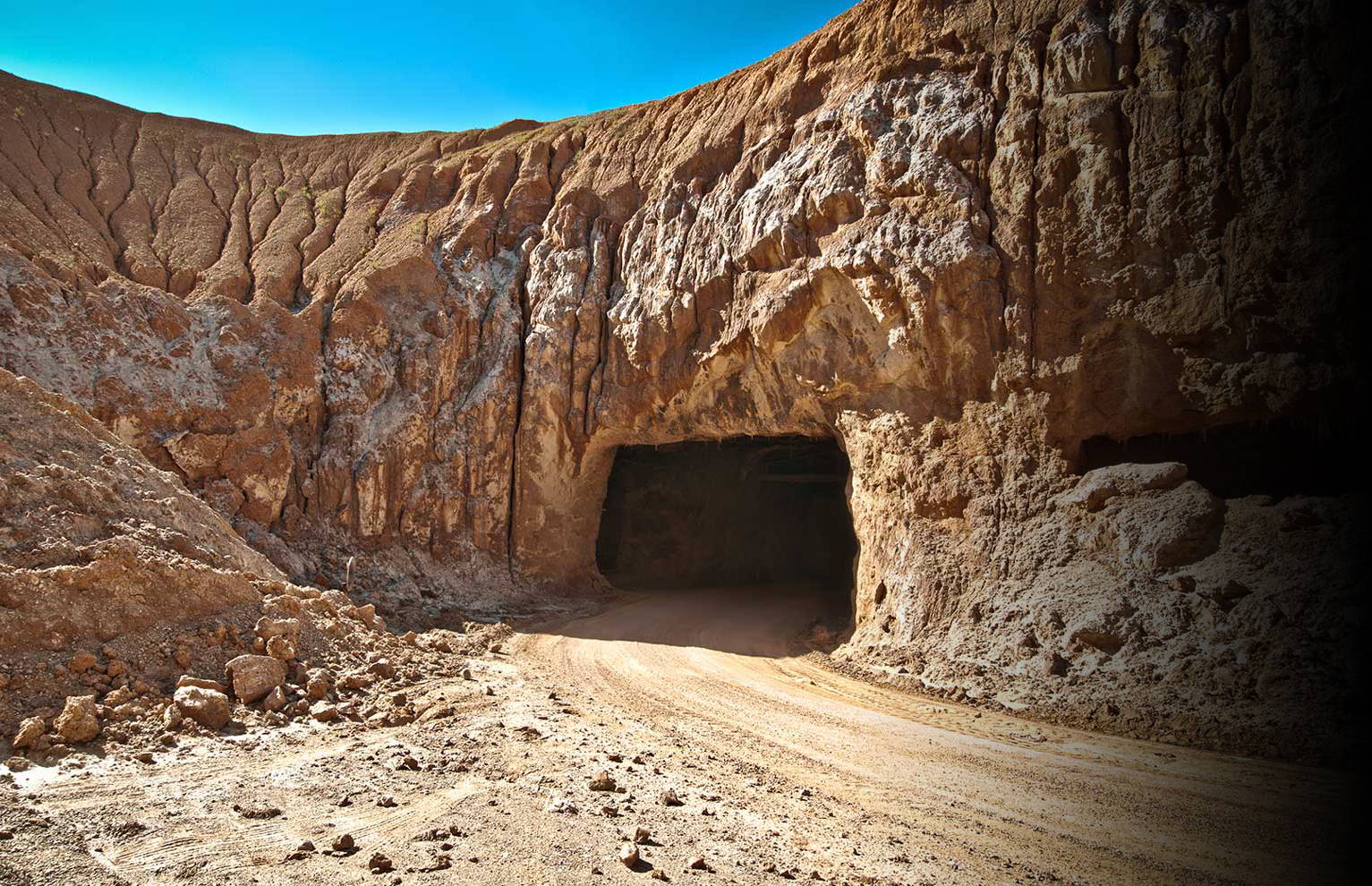 Redmond’s story begins in 1958, when a prolonged drought forced two brothers to abandon their farm in central Utah. Aware that Native Americans had once harvested salt rock from their farmland, Milo and Lamar Bosshardt borrowed a little money and went into the salt business with little more than sledgehammers, picks, and a determination to provide for their families. Their salt deposit, the result of prehistoric volcanic activity that encased an ancient seabed, provided a naturally-balanced mineral salt that local ranchers credited for healthier herds. As the salt’s reputation grew, the Bosshardt brothers purchased land from their neighbors, giving them access to the entire deposit, estimated to extend several thousand feet below the surface of the earth.

According to geologists, the Redmond salt deposit is the remnant of an ancient inland sea, probably part of what they call the Sundance Sea, which places the deposit within the Jurassic Period. Over time, the salt that settled at the bottom of the sea was trapped within the earth and then pushed up near the surface close to the town of Redmond, Utah.

The deposit occurs with over 60+ natural trace minerals which gives the salt its unique color, unique flavor, and numerous health benefits. Because this deposit comes from an ancient sea bed, nature created the salt long before the earth experienced any pollution or contaminants that are troubling our oceans today.

The Redmond salt deposit begins about 30 feet below the surface, covered by a layer of bentonite clay, which has protected it from erosion and from the possibility of modern contamination. 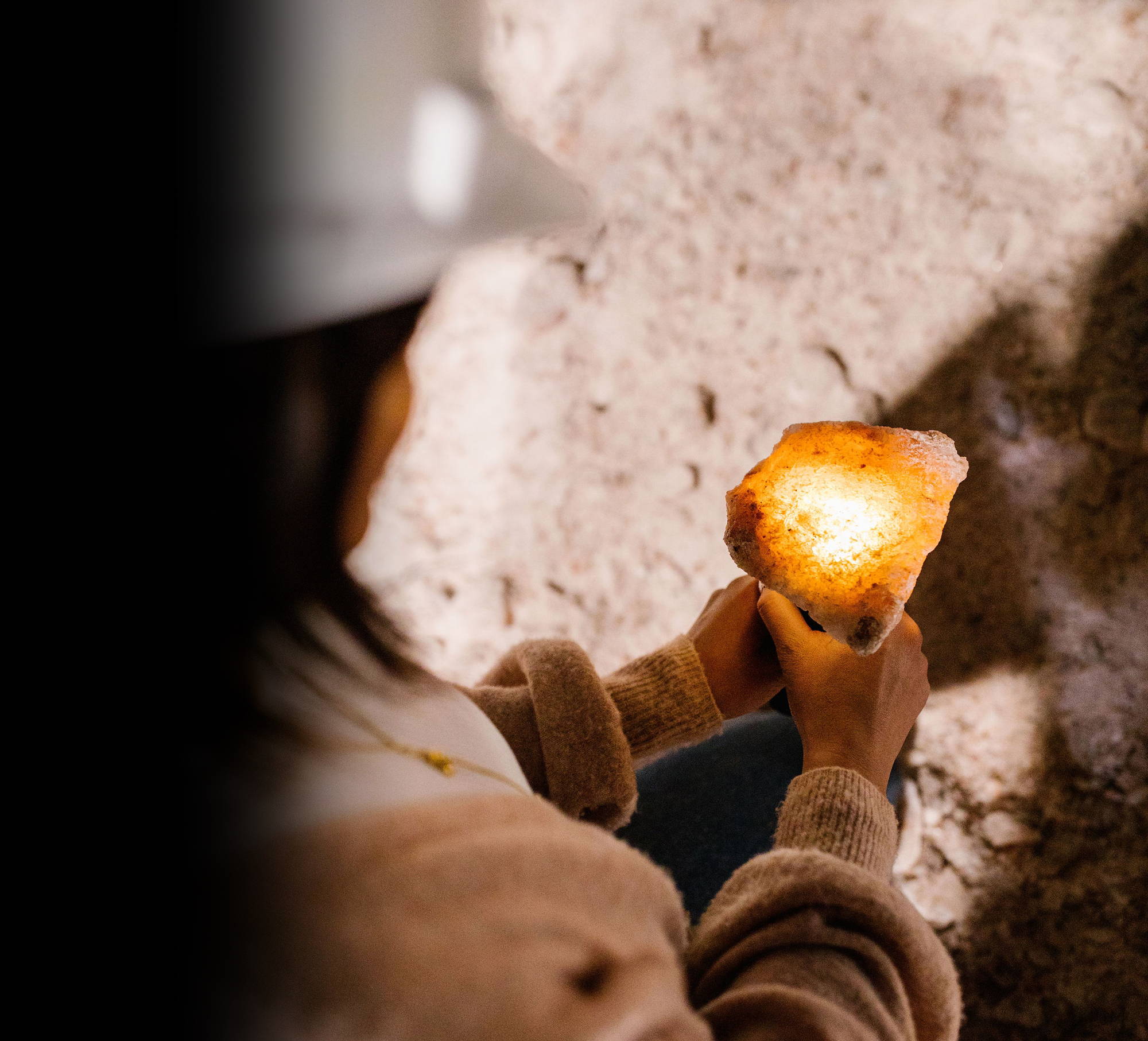 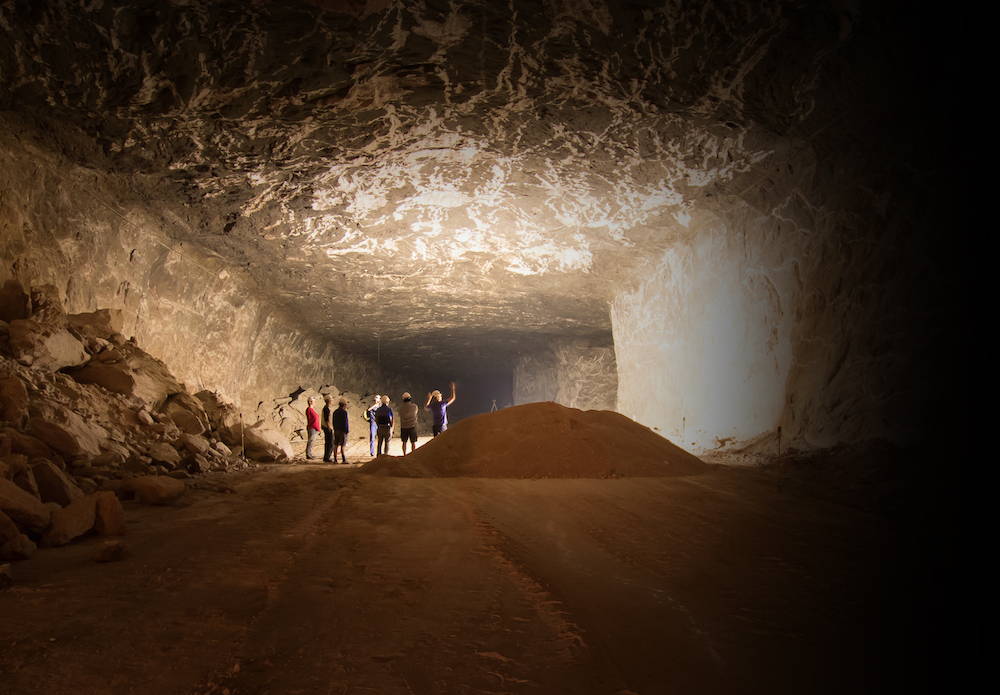 Real Salt is unrefined and unprocessed, nothing added, nothing removed. The process begins with the salt being removed from the walls of the mine with a stainless steel hydraulic rotary tool. Once the salt has been removed from the wall, it goes into a lined food-grade truck and up to mill equipment used solely for our Real Salt. The Real Salt mill is made of stainless steel and entirely enclosed, ensuring food safety and protecting the salt from contamination from the surrounding environment. If you walked into the food-grade veins of the mine and picked up a crystal, you could take it home, pop it into your blender, and crush it into the same salt you’ll find in our packages.

TAKE A LOOK INSIDE THE MINE

Click and drag on the image below to look around the inside of the mine. The walls, ceiling, floors, everything is salt.